For a few years now, I have had this urge to write a compiler, just for the fun of it or maybe because i am bored who knows 🥲 ..

Oh well, a compiler is one components in a toolchain of programs used to create executables from source code 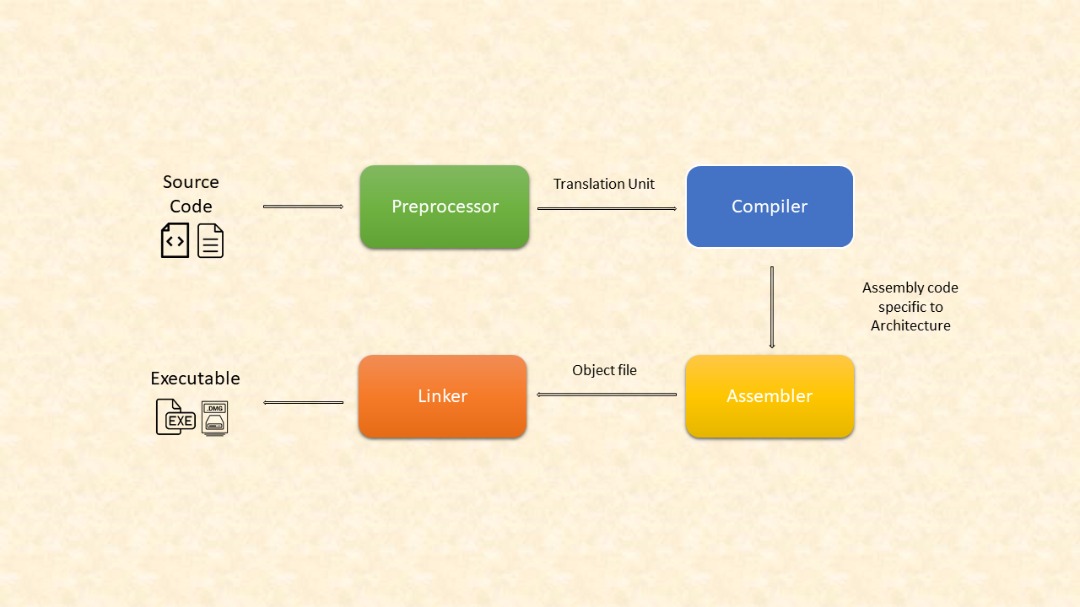 To learn more about the toolchain, check previous post.

A compiler literally just takes input from the preprocessor in form of translation unit and outputs an assembly code specific to your target architecture.

Compilers exist not only to translate programs, but also to improve them, it also assists a programmer by finding errors in a program at compile time, so that the user does not have to encounter them at runtime.

The compiler also has different stages

And I am going to be building each stage from scratch and obviously blogging about it and its challenges too (pray for me 😅).

I will be using C++ obviously, i plan not to use any 3rd party library, just cmake for easy cross-platform management and google test for writing unit tests, i am also going to target the x86 or ARM architecture or even both 🤔, i don't know yet!

I would call it CuriousX because i am curious to how compilers work!, it would be a very simple compiler that handles only expressions , i don't want to complicate things (because i am obviously new to this 😬) and its features would include

For example a program with curiousX would look something like this

ohhh, github link to CuriousX Project , instructions on how to build and run the project is well documented

Are compilers same as interpreters?

While both programs have the same ultimate goal of translating written code into machine code that a computer can use, the two programs function a bit differently.

For example, a compiler can translate an entire program or batch of code at once For an interpreter, translating code statements can often take longer.

This is because interpreters translate one statement of code at a time, even if a program contains multiple lines or batches.

Read more on A deeper inspection into compilation and interpretation-